The Hemathology Department of the Universitary Hospital from Bucharest is overloaded. It's awfull! I have presented to Profesor Doctor Ana-Maria Vladareanu a 37 years old pacient. She emergently kept her in the hispital. With her kind voice she explianed me very clearly that we must ask all the people from the country and those from above and explain to them that people need their medecins, complex investigations at private clinics and that the hospital needs a new laboratory that costs 100 000 euro.
All these things to save our pacients that are so weak in front of their illlness. Let's help them, pls! God gave me the chance to live.
In the pictures below you can see me. 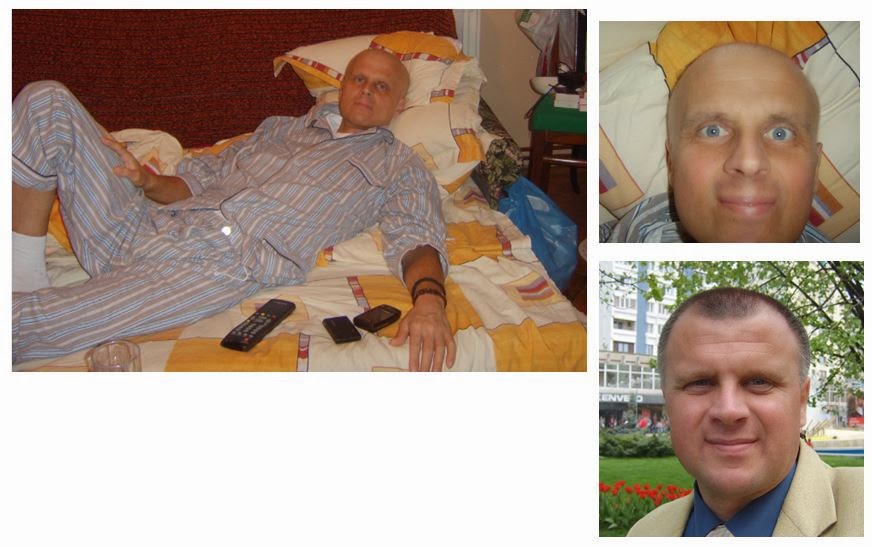 If you come at the hospital you will see douzins like me.
Everything that you donate are being managed by the hospital's Council.


I pray at the Good Lors to give you health and wisdom to judge with your heart!

To be a sick man in Romania

To be a sick man in Romania means, most of the times, not to have any chance in front of Death!
The medecins aren't available, the investigations have to be paid, doctors lack interest and all the other things that are against sick people.
I visited the hospital yesterday. I have seen Christ on the faces of those people suffering. All of you that are reading my blog, let's help them! It is not humam to abandon them. At the blood section at the University Hospital from Bucharest, lead by my angel sent from God to heal everybody, Mrs Ana Maria Vladareanu, everything is so crowded. A lot of things are needed for a good management.
Let's help them , please! The holidays are close and I would like to visit all the sick peole and to bring joy on their faces.
The Good Lord healed me from cancer. I cannot heal them but I pray for them and I give them joy and hope.

Good evening!
Before posting a new story or to invite you to write to me all your opinions I would like to say that until today our blog had a malfunction witch forbid our readers to post their comments.
At present the malfunction has been restored and all the comments are possible.
Hoping that this wouldn't stop you visit our web, I wish you all a lovely evening!

The winter holidays and the birth of our Lord are close.

Now i am in the hospital to help an ill man. Dear God, the hospitals are full of helpless people! It's not fair! Some of us, who had more luck, they will enjoy the holidays with the dear ones but how about all those people standing alone in the hospitals?

Let's help them, please! We must help them now, when it's not too late. I pray that the Good Lord to give you wisdom and to judge with your heart.

A picture with me when after i have defeated cancer: 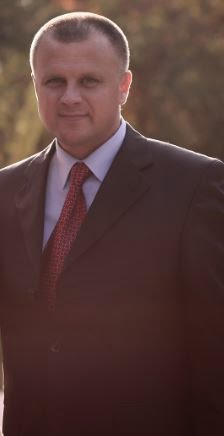 In every report that you read definitely the XXIst century disease is the LONELISESS. This, associated with the blood diseases may cause death.

I have seen and lived awful moments. Two whole years spent in hospital hoping to survive affected me enormously. I had near me my brother, my unclesm my aunts, cousins and many real friends. But i have seen my ill companions lonely and abandonned. This is not right!
I have cried for them and i have tried to help them but, unfortunately, i was also in the hospital.
But starting now, when Dear Lord didn't let me die but ti live, i have dedicated my life to the ill people.
Please join me in healing the suffrance of all these ill people! The Christmas hollidays that we are all waiting should be a reason of joy for those people too. They don't have medicines and they don't have money for their investigations. Le's help them! Money don't bring happyness but in hospitals, to those people, they will. I wanted to make a foundation but all the byrocracy and the hidden thoughts of some of the people I know forced me not to do it. I have opened two accounts at the bank. Those who want to help from the little that they have in order to bring a few smiles on these people's faces are free to do it.I wish for you that the Good Lord to give you wisdom and to consider with the heart these things. Life is beautiful and it must be lived with love.Euro Account; RO98RZBR0000060017207981 (SWIFT RZBR ROBU)Lei Account: RO79RZBR0000060013404565
Publicat de Iubesc Viata la 12:41 Niciun comentariu:

I want to live! This was my motto all my life.
I am 45 years old and in 1989 I have finished the Romanian Military School, I have became a fire ranger, my family legacy. From that moment I have loved this job more than anything in the world.
At the 1989 Revolution I have participated in extinguishing fires and saving lives, my name being written with honor in the list with the Heroes of the Revolution.
Everything that I was doing was being done from the heart. I had no interest about the money or being praised. Never in my job, fires, water floods, or the earthquakes, I have never been afraid of the Death. God gave me so much courage that I have always been a winner.
In 20 years of work I have many diplomas and medals. They were making me happy but, at the same time, they were reflecting the passion for my job and the dedication for saving lives.
My personal life was in harmony with the military one. In 1995 I have married the person that I was in love with. After 2 years my boy was born. Everything was so beautiful.
After 6 years, from very vague reasons, I have divorced from my wife. According to the Romanian law, my boy stayed with his mother. I had my first shock from life. Before that moment my boy used to spend most of his time in the military barracks, among the soldiers, among the military trucks, eating with us, knowing the meaning of each alarm, wearing the military suit, etc. He was like a troupe boy.
Professionally everything was good. The Romanian President, Ion Iliescu, awarded me with the honor medal for special activities.
In 2009, I have made a routine control at the Ministry of Interiors’ Hospital from Bucharest because I was dealing with aggressive stomach pains. The doctors told me then that the pain came from a Non-Hodgkin malignant lymphoma.
In 14.09.2009 I have started the chemotherapy hoping that life will defeat death. As for the doctors, they told me that I have maximum 2 months of life.
God has disapproved the doctors and today I am alive even if I have made chemotherapy for almost two years, surgeries, bone marrow transplant at Fundeni Hospital, while losing the kindest person that life gave me: my mother.
At the Hematology Department, their psychiatrist was a big help to me. His advices, the daily encouragements and conciliation gave me hope and strength to fight.
The doctors considered that the background of my disease came from my emotional mood and it was accentuated by the heavy tasks of my military job, by the divorce, by the loss of my child in court and, the most important thing, by the daily stress.
I am sure that a good part of my healing comes from my faith in God. The other part comes from a group of hematologist doctors, surgeons, etc from Spitalul Universitar de Urgente Bucuresti, all of les led by a professional, my angel sent from God to heal people: The Chief of the Hematology Section, Professor Ana Maria Vladareanu. My patience and my faith, but the most important- my will to live, were those things that motivated me in each moment. Among me, I had all my family, my friends and all my neighbours.
My boy had to suffer one more time when he saw me how much I suffered and he was trying to heal my pain with his presence, with his words and with his most important will: Dad, I want to become the best handball player from Romania!
The results started to show up quickly. My boy was national champion at the Handball Academy from Baia Mare between the years 2012-2014 and he won’t stop here, he will continue playing because he has potential.
I thank God for the disease he gave me. It helped me realize the reality and it helped me realize that the most important things on earth are the family and the health. These things will come if you have God in your soul. The money, the houses, the cars aren’t valuable against the disease and none of them can help you when you are sick.
The charity is the weapon with which you can fight everything in life. Among the months spent by me in the hospital I have seen wealthy people suffering, tortured by severe illnesses but, at the end, they were all equal when facing the pain.
In those moments of sufferance my heart was talking to God and it was praying: God, please, give me another chance! Today I live, I love life, I love all the people, I love everything that God has blessed but the most important thing is that: I love God! I will help everybody that need help and that are suffering as much as I can.
I had a good collaboration with the doctors’ team from Spitalul Universitar Bucuresti, the Hematology Section, especially with their chief, Professor Doctor Ana Maria Vladareanu.
My income is not that big. I live in a small apartment with mortgage at the bank. I wish from all my heart to have friends from all the places in the world, to travel, to help all those in need and to be an example to them of: Life defeats death!
God, please listen my prayers and help me fulfill them!

There are a lot a ill people and if you can, let's help them all! It doesn't matter the country that you come from, the language that you speak, any disease of any nationality can bring sometimes death...
Publicat de Iubesc Viata la 12:58 Niciun comentariu:

If you want me to show you my beautiful country, come and visit the black Sea, the Danube, the mountains with the Peles Castle or the Bran-Dracula Castle, to live one day in Maramures or Bucovina! I have all the time in the world but financially it’s not that easy…